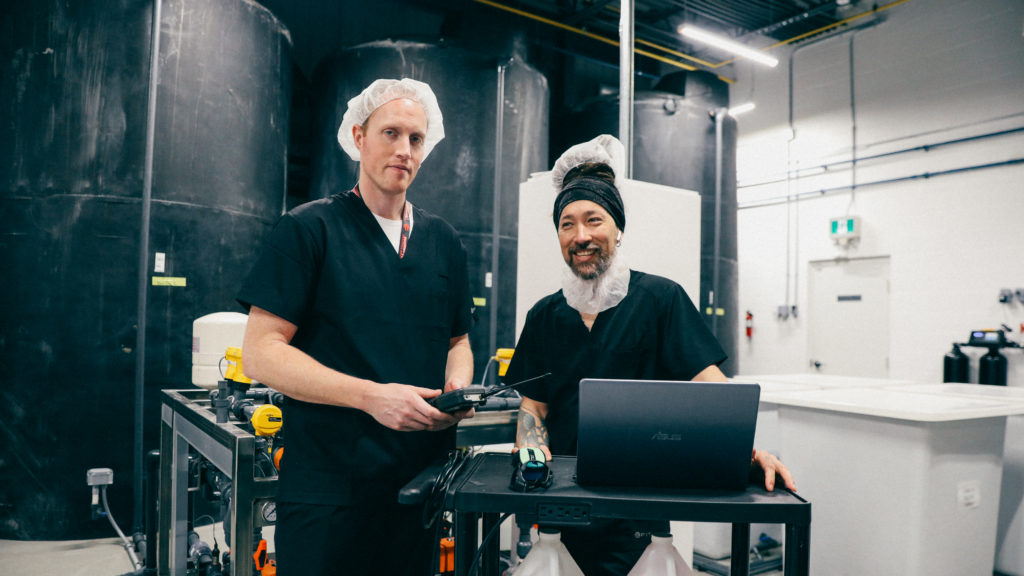 In Today’s blog we check in with the leaders of the Carmel grow team, Billy and Drew. We discuss how they came together and what’s motivating them as Carmel launches at retail

How long have you two known each other?

Drew (Master Grower): I knew of Billy before starting at Carmel. We both supplied the same dispensary in Toronto and the owner who I was friends with was always saying there’s this kid Billy who’s bringing in some really interesting product. He knew we were both coming from the same angle, top-shelf flower and rare genetics, so he put us in touch.

Billy (Flower Manager): It’s funny, I think we talked on the phone for about 6 months before we met each other (laughs).

Drew: It wasn’t until Carmel was founded, and we were trying to put together a team that we actually met.

What was the shared vision for you two to come together?

Drew: It was important for me to bring on someone that was on the same page, someone that was excited about growing the same stuff. There was no “I cant believe you’re growing that. It was more, hell ya, I didn’t get that drop, you got that drop?”. Billy is a little more new school and current than I am. My collection started in 2010 and Billy’s started in 2016, that’s how we’re able to span such an incredible window of time.

Billy and I joined Carmel at about the same time. He initially came on to manage the clones, but quickly transitioned into the Flower Manager. We both have such pride in bringing our own genetic library to market and that’s really why we got into this, so it only made sense that we both play a hands on roll in all stages of the grow.

Billy: Honestly it would of probably taken us a collective 10 years to run through our entire seed bank if we hadn’t joined Carmel. Now we get to run more pheno hunts and actually get to see what we’re holding, that’s what really excites us.

What genetic are you most excited for us to launch this summer?

Drew: First and foremost we’re excited to finally launch the Carmel brand, but if I have to pick a specific genetic it’s got to be Dark Helmet. I’m so excited to have Dark Helmet finally enjoyed by the legal market, that’s a real milestone. Before, if you wanted Dark Helmet it was pretty neighbourhood based, it wasn’t really available everywhere and certainly not out of province. People love that strain, they always tell me how it’s the perfect “choose your own adventure”, and I cant wait to open it up to a broader audience.

Billy: Animal Face, for sure. It was pretty much the first seed that I decided to pop here. Our grow rooms look crazy, everything is working really, really well with that pheno. People are asking for high THC and this one is going to punch them in the face (laughs).

So we’re going to be featured in the AHLOT pre-roll mix pack this summer, along with two other producers. Why was that opportunity such a good fit?

Drew: Growing is competitive and I’ve never shied away from competition. I like the idea of our product being featured right next to someone else’s, letting the consumer decide what they like best. When I used to try and get a listing at dispensaries, I’d send them a sample of my product and flat out tell them that it was better than anything they were carrying. I stand behind my product, every grower should. The AHLOT mixer does the same thing but on a smaller scale, allowing us to get right in front of our audience.

What’s in what’s in the future for Carmel, any closing thoughts?

Drew: You know we’re always chasing that next unicorn, trying to bring something unique to market. We see a market that desperately wants better flower and we’re going to deliver it. We’re going heavy on social these days so be sure to give us a follow (@carmel.cannabis) and you’ll be able to see everything from our most recent drops to notes from Billy on our latest phenohunt.