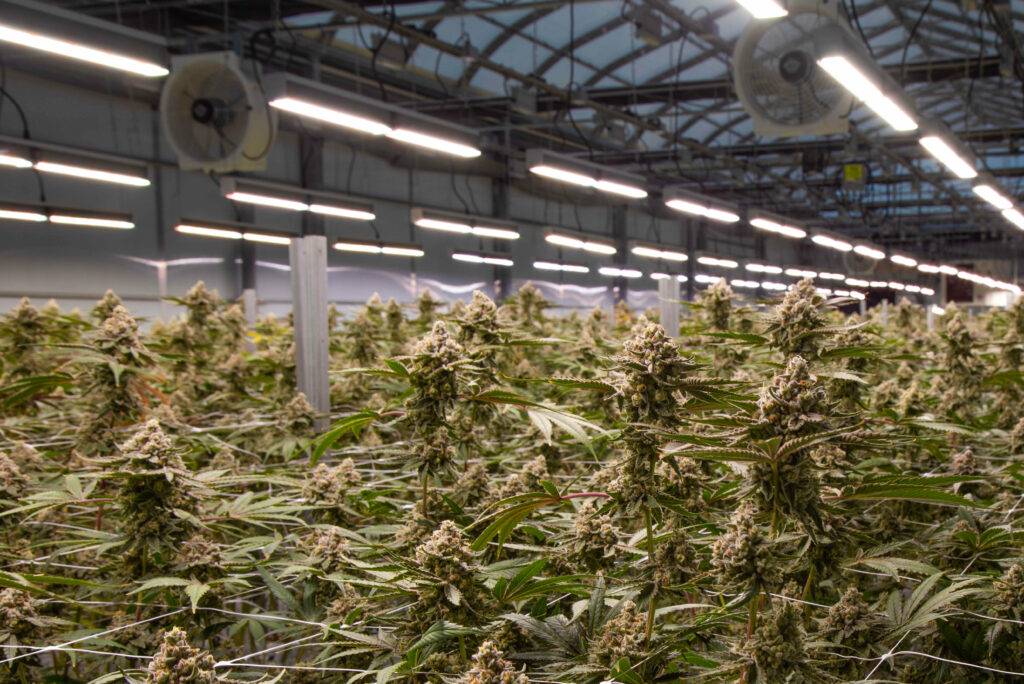 Hopefully you know by now we’re dropping the first release from our in-house breeding program, Dim MAC, on October 12th. One of our goals when we first launched was to produce something that was unique, remember ‘rare breeds’ in our logo? With a lot of producers shopping at the same store for their genetics (we see you Black Cherry Punch) we decided to take on the ambitious project of doing our own in-house breeding. In this blog post, we talk to our Master Grower Drew, who moonlights as the head of Carmel’s in-house breeding program.

You’ve been obsessed with seed collecting and breeders for a while now. How did that really take off?

Designer breeding took off a little after I started growing. It was pretty hard to get cuttings in the early days, so I gravitated to what Cali Connection was doing. While they’re pretty controversial and pissed off a lot of the industry, by providing seeds for what were previously clone only genetics, it really opened things up for what you could play around with as a grower in Canada.

Who have you looked up to most as a breeder over the years?

For me, Vader over at Ocean Grow Seeds is one of my all time favourites. Dark Helmet was probably my most in-demand strain from the “legacy” years, and I just always loved everything he did. For all the kids out there, this was before the IG days, so I was heavy into YouTube watching growing videos. Vader documented everything he did on YouTube, you could follow along and then get to see the plant at various stages before buying the pack. Doesn’t sound special now with how ubiquitous that content is, but back in the day it was pretty amazing.

I’m always looking for something super gassy and dense, and his lineup typically delivered.

It seems like most cultivators, including craft cultivators, have outsourced their genetics. Why was it important for you to dabble in a little in house breeding?

There’s a million reasons why we decided to build out our in-house breeding program. Those who are sourcing their genetics from 3rd parties, I get it. You save a ton of money and time. It’s a hell of a lot easier, and it’s something we may even explore doing from time to time, but it’s also important that we have the flexibility to do our own thing. Being able to have your own proprietary genetics gives you a nice niche.

Some people who are providing genetics today are selling the exact same cutting to 5-6 LPs, and that’s pretty rough. You gotta have your own thing. Also, when you have your own in-house breeding program you get to learn what performs best in your environment. It allows you to always have F1s, which typically give you the craziest results.

Most important of all though, is that running your own in-house breeding is just really exciting for us as a grow team. Part of the fun of being a grower is working through new genetics. Doing your own breeding allows you to work on projects that you want to do. You get a chance to try and find the perfect representation of how you think the cross should turn out.

Talk to me about crossing two plants, what does it involve?

First, you’ve got to identify a strong male. I look for something short, stalky and robust. I look for a male with frost, and you can rub the stalks to get a read on the smell of the plant. When you find your ‘stud’ you then grow him out to allow it to develop pollen sacks. At the same time you have to determine which mother you want to cross it with, which is relatively easy. As a grower you have a ton to choose from that are in production.

What was the first strain you crossed?

Ghost OG x Chem Valley. As you can expect, super gassy, great density. Loved playing around with that one.

What did you cross to make Dim MAC?

Dim MAC is a cross of my Dark Helmet and a MAC male that I found in a seed pack of Capulators MAC. I wanted to bring the frost and density of Dark Helmet to Dim MAC, and we couldn’t be happier with how it turned out.

From the cross how many phenos did you grow out?

So we ended up getting about 4,500 seeds and grew out 100 different phenos. We selected our winner based on bud structure, trichome coverage COA’s etc. Our winner is a great representation of what we set out to do. Frost and density of our Dark Helmet with the nose and appeal of the MAC.

What’s with the name?

My brother Sean came up with it. When you’re naming a strain you try and pull a little something from both parents. Dim comes from Dark and MAC is well…MAC. Dim mak is the death touch from Bloodsport, if you haven’t seen it be sure to give it a watch, it’s a perfectly dated action movie that you just can’t make these days.

Anything else to say?

Go out and try Dim MAC when it hits the shelf atyour local shop. We can’t wait for you to try it out, and please share your feedback on Instagram, Twitter or via email at whatsup@carmelcannabis.ca 👌